Over the last few weeks, we’ve heard a lot about the impact of food insecurity from teachers who say worsening child poverty is harming learning because “most of my class arrive at school hungry and thirsty…” (BBC, 14.04.2019) and read research on ‘how going hungry affects children for their whole lives’ (Mosaic Science, 09.04.2019).

And today at an event in Westminster co-hosted by Dame Emma Thompson and attended by Nadhim Zahawi MP, Parliamentary Under-Secretary of State for Children and Families, the Food Foundation launched conclusions to its Children’s Future Food Inquiry which has pulls together direct input on the subject from hundreds of young people, the frontline staff that work with them, academics and experts.

A‘#Right2Food Charter’ included in the report presents recommendations from the Inquiry’s young ‘Food Ambassadors’ (aged between 10 and 20 years) for loosening poverty’s grip on children in the UK and improving their access to enough nutritious food. We were lucky enough to be able to introduce Dame Thompson to our holiday provision programme, Kitchen Social, last month and footage taken at Prospex Youth Centre in Islington, a Kitchen Social hub since 2017, was the back drop to the launch, with CEO Richard Frankland also speaking about his organisation’s work supporting vulnerable young people. 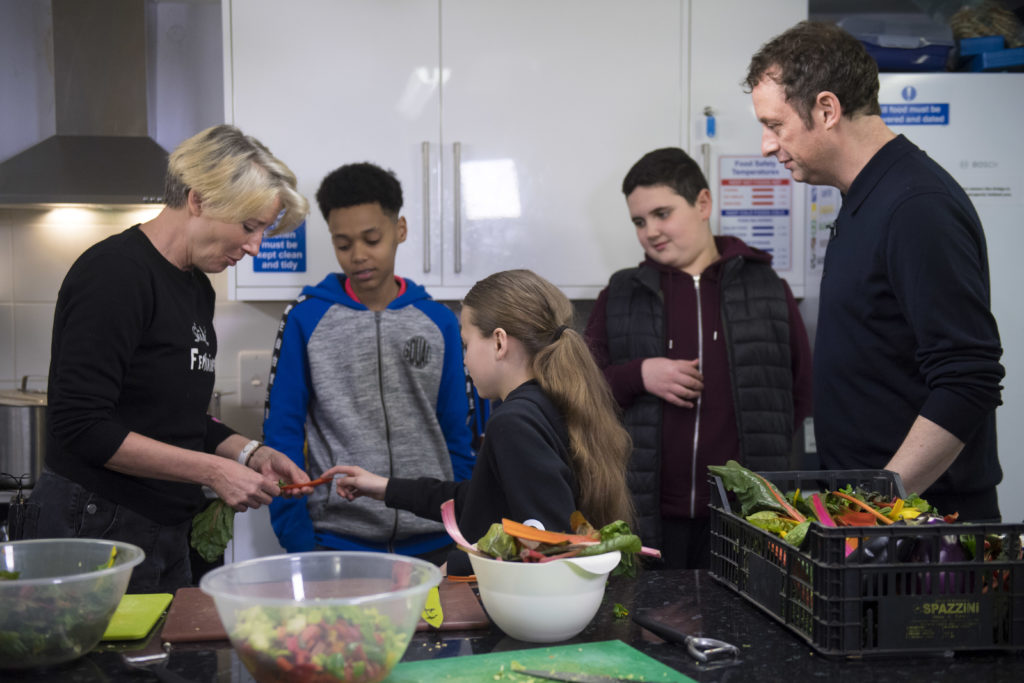 It’s a no brainer that children need good food 365 days a year, however, that isn’t currently the case, especially in London. We know that The Trussell Trust gave out a record 134,244 emergency food parcels to people in crisis between 2017-18 in London, over 47,000 of which went to children whose families are increasingly unable to cover the basic costs of living.

London is the fifth richest city in the world but has the highest rates of child poverty in the UK.

Let that sink in.

Food insecurity and holiday hunger are symptoms of broader poverty which bring about profound anxiety and stress into family life. It affects children’s attainment: children who are hungry in class cannot concentrate. In addition, the long summer holidays are estimated to result in weeks of learning loss for some children through a combination of social isolation, low levels of stimulation and activity, and poor diets. Inevitably, food insecurity also affects the quality of children’s diets, which brings increased risks of obesity and poor child growth.

It is a social harm. And simply unacceptable.

We’re working hard to tackle the challenges that school holidays present with Kitchen Social; a programme that works with existing community organisations across the capital to create a normal and familiar environment where children, young people, families and carers can attend, socialise and receive a free healthy meal.

These hubs are based in areas of high deprivation and target the hardest to reach families. To date, we have engaged 110 community hubs across 23 boroughs and provided more than 50,000 meals to over 10,000 children and young people during the school holidays. Youth clubs, schools, faith groups, adventure playgrounds and community centres across London are among those delivering the programme. The programme has been designed to be transferable to other locations.

But Kitchen Social is only part of the solution. The magnitude and importance of childhood food insecurity and food poverty requires systemic change, rather than sticking plaster projects. 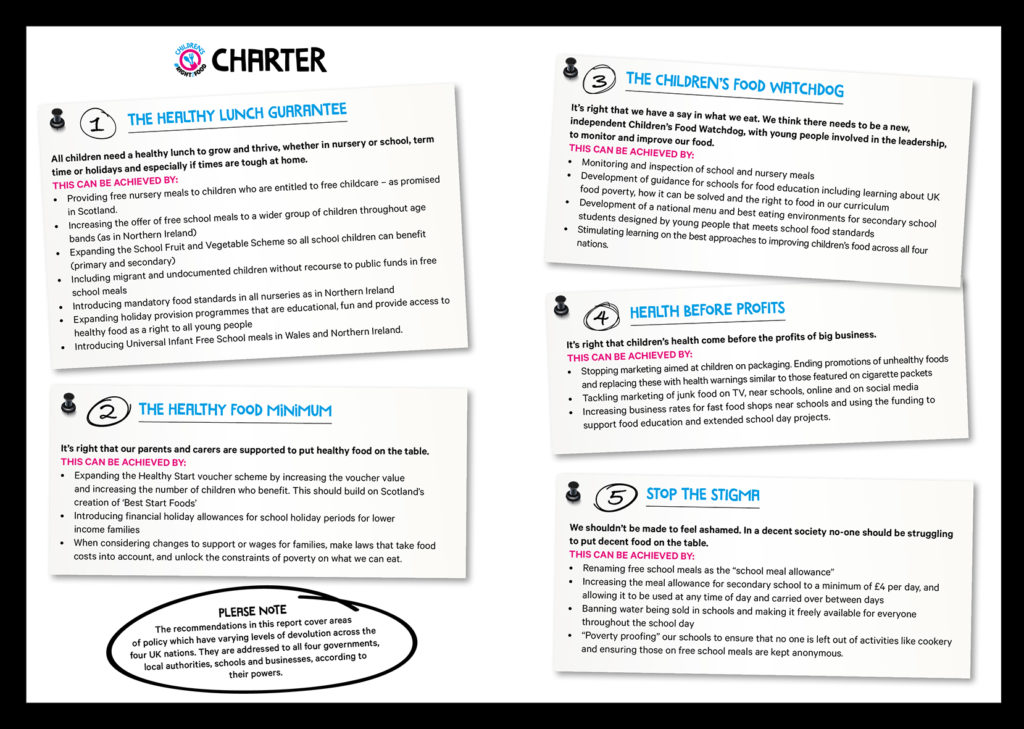 A key part of the Mayor of London’s Food Strategy, Kitchen Social has a vital role to play in protecting children and young people across London from summer learning loss and other negative impacts of holiday food insecurity.

The Children’s Future Food Inquiry is a powerful piece of work led by the voices of young people; and we’re proud to support it. We believe that holiday provision for young people from low-income backgrounds should be high quality, inclusive and sustainable.

We will continue to press ahead by working with boroughs and local community-based organisations to do as much as is possible within the resources available to address holiday hunger and food insecurity. Having funded two pilots across the UK, the government now needs to develop a national framework for delivery and a strategy to support those delivery organisations who are meeting these criteria and establish new organisations where there is currently no provision.