We are proud to have a diverse group of celebrities and business leaders supporting our work. Whether through fundraising, attending events, giving career advice to our young people, or promoting our campaigns, these supporters are vital in helping us to achieve our mission of creating an environment where all young Londoners can thrive. 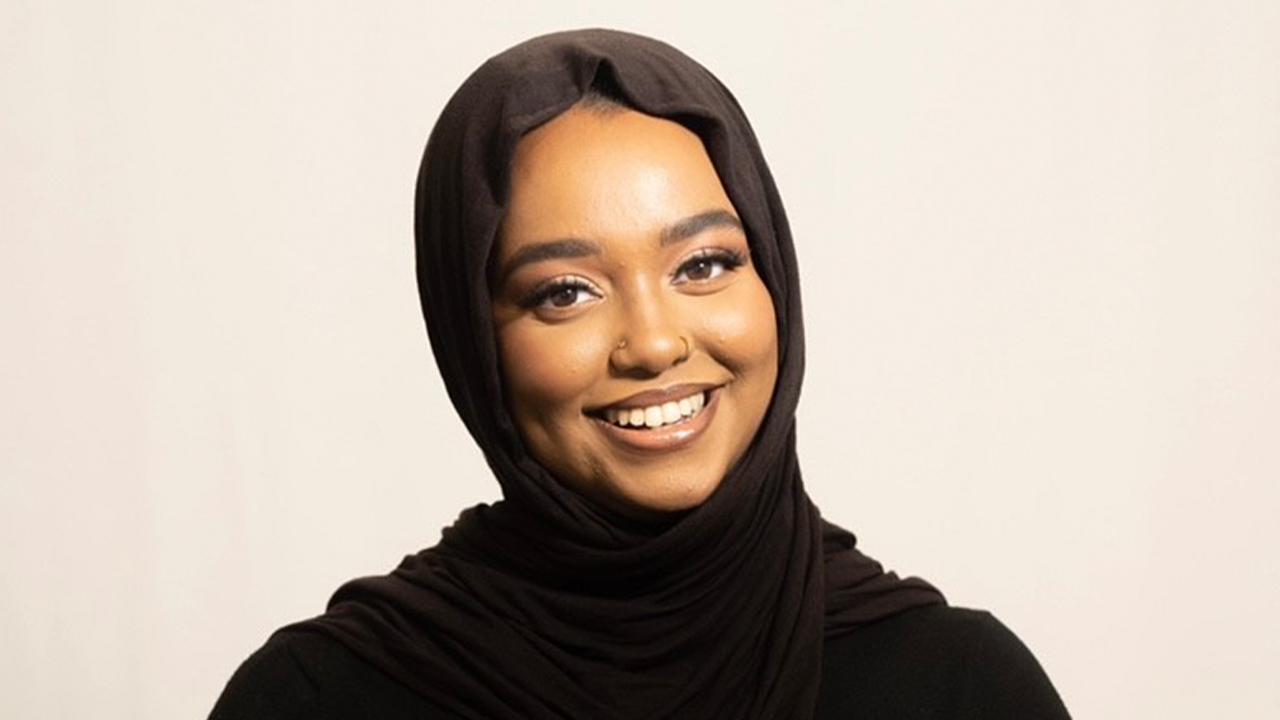 Amina is a neurodivergent accessibility advocate leading and shaping conversations about what it means to be digitally inclusive. She has been recognised by a number of industry leaders across platforms such as LinkedIn, Twitter, and YouTube. She received the Rising Star award at the 2021 DevelopHER Awards and was shortlisted as one of ComputerWeekly.com's Top 100 UK Influential Women in Tech.  She is also the founder of RecipeMate - a platform tackling inaccessible food recipes, equipping disabled users with the skills and tools to cook with confidence and independence.close 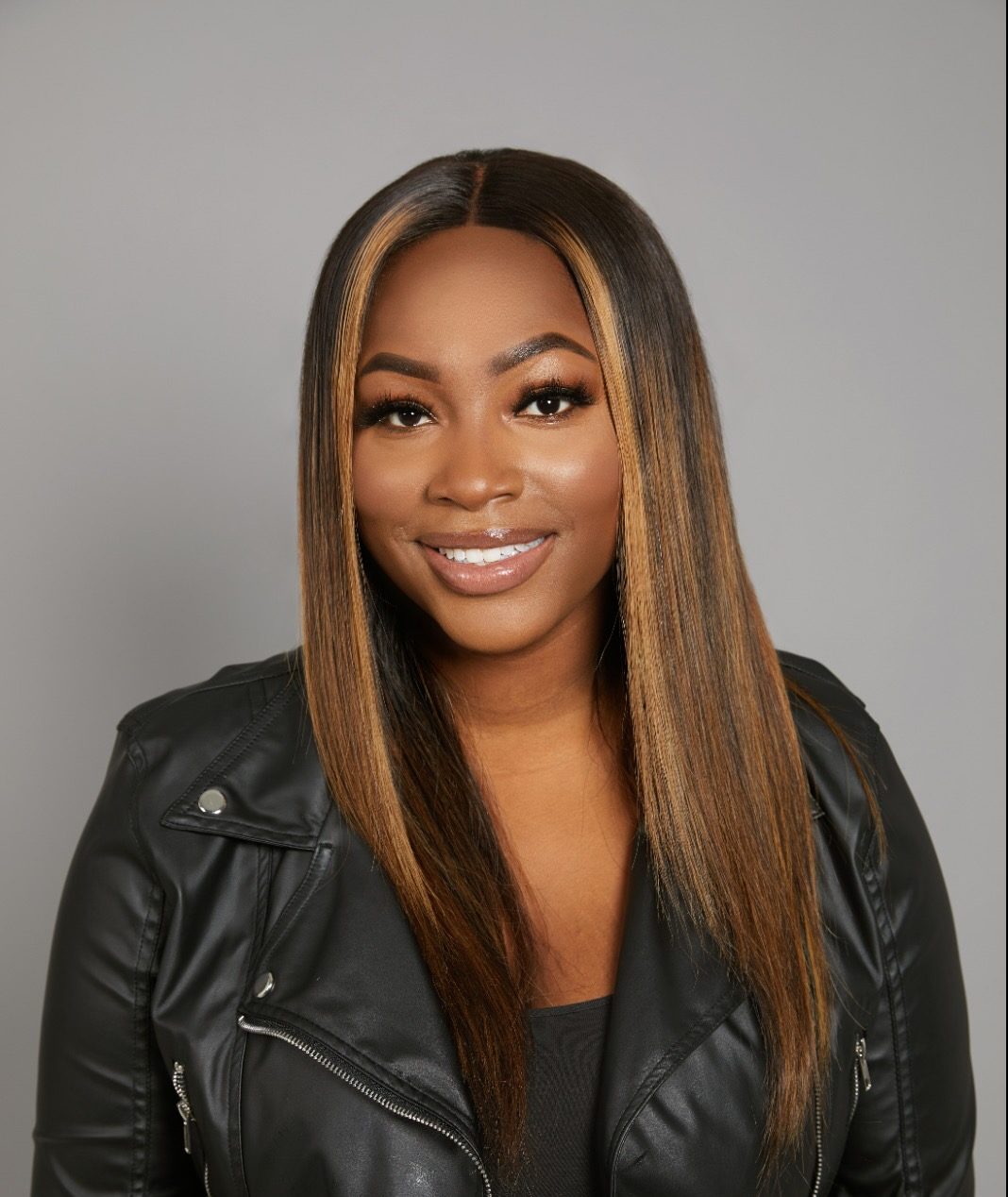 Christina Okorocha is the co-founder of VAMP, a digital talent and entertainment PR agency. VAMP work with some of the biggest entertainment and film and TV companies such as Warner Brothers, Disney, Universal Music, Atlantic Records to support in maximising reach by authentically diversifying content and approach. They also manage and work with top black UK content creators. Christina is also the founder of the Twice As Good Network, a network for ambitious black professionals, creative and entrepreneurial women, which is supported by AllBright. She is passionate about career development and access, especially for young people from underprivileged backgrounds who may not think a particular career is within their reach.close

Helen Mirren is one of the best known and respected actresses with a career that spans stage, screen and television over five decades. Renowned for her performance in The Queen for which she won an Oscar and is the only actress to have portrayed both Queen Elizabeth I and Elizabeth II on screen. She’s played the tough talking DCI Jane Tennison in Prime Suspect and a gangster’s moll in The Long Good Friday. Helen has scooped numerous awards throughout her career, including BAFTAs, Emmys, Golden Globes. In 2014 was awarded the prestigious BAFTA Fellowship. Most recently she appeared in the SKY TV series Catherine The Great and her latest film with Ian McKellen is The Good Liar. She was appointed Dame Helen Mirren in 2003.  close 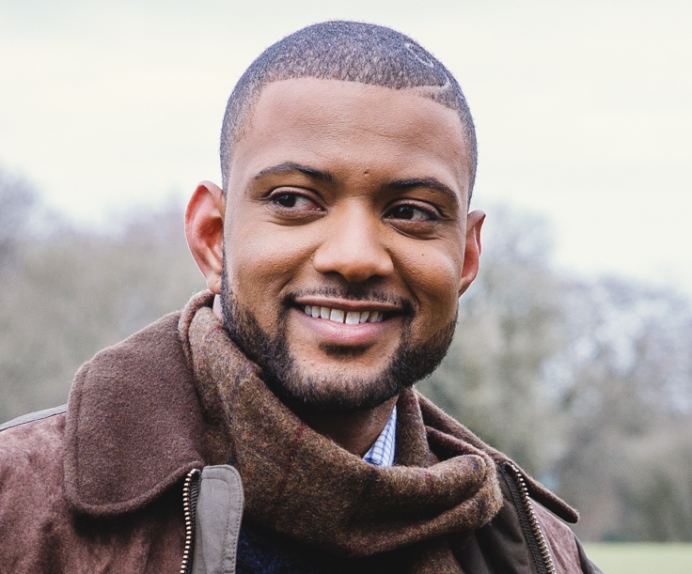 JB Gill is best known as a member of the boy band JLS, who came second on The X Factor in 2008. "London has such a rich diversity of cultures, creeds and nationalities. When it comes to food, there is no better city in the world and it's so interesting to see the differences each community possesses. "Growing your own food gives you an incredibly unique sense of satisfaction which is why I became a farmer. It’s taught me about how things grow and how to better look after our environment. It also gives basic stewardship skills, which are easily transferable later in life, as we reach maturity and transition into a world full of responsibility. The obvious rewards are great tasting components to a potentially great-tasting meal and the best part is, you helped to make it all happen. "Food is our source of energy. Without it, we would not live. Yet half a million London children struggle for food during the summer holidays and will end up malnourished and therefore less able to learn when they return to school. Healthy foods create healthy people, it gives us the nutrients we need to develop our bodies and minds. Young people especially benefit from healthy sources of foods as they are growing and developing into adults. The more we can educate children especially on the importance of eating well, the more they will be able to continue making those decisions when they reach adulthood and begin to make their own food choices. I am proud to be supporting the Mayor’s Fund for London’s Kitchen Social campaign, tackling hunger and social isolation during the school holidays."close “Food is a passion for me, which is why I want to speak out for the over 500,000 young Londoners who struggle for food the moment the school gates are closed. Holiday hunger is not acceptable in our city, which is why I am delighted to support Kitchen Social."close Considered one of the most exciting talents to emerge from the UK magic scene in years, Magical Bones has been entertaining audiences globally for over a decade. Starting out his career as a professional hip-hop dancer, he was given the nickname ‘Bones’ because of his hard-hitting dance style. An exceptionally skilled break-dancer and a gifted showman, Bones established himself as one of the most respected and prominent figures within the UK hip-hop dance scene. Now focusing on his career as a magician, Bones has starred in the TV magic series, Around the World in 80 Tricks, which has been shown in over 60 million homes across the world. He regularly tours internationally with the hit West End magic show, IMPOSSIBLE, was selected as the closing act of the prestigious BAFTA Awards and has had a sold-out tour at Edinburgh's Fringe Festival in 2019. In 2020, he appeared on one of the country's biggest shows, Britain's Got Talent.close 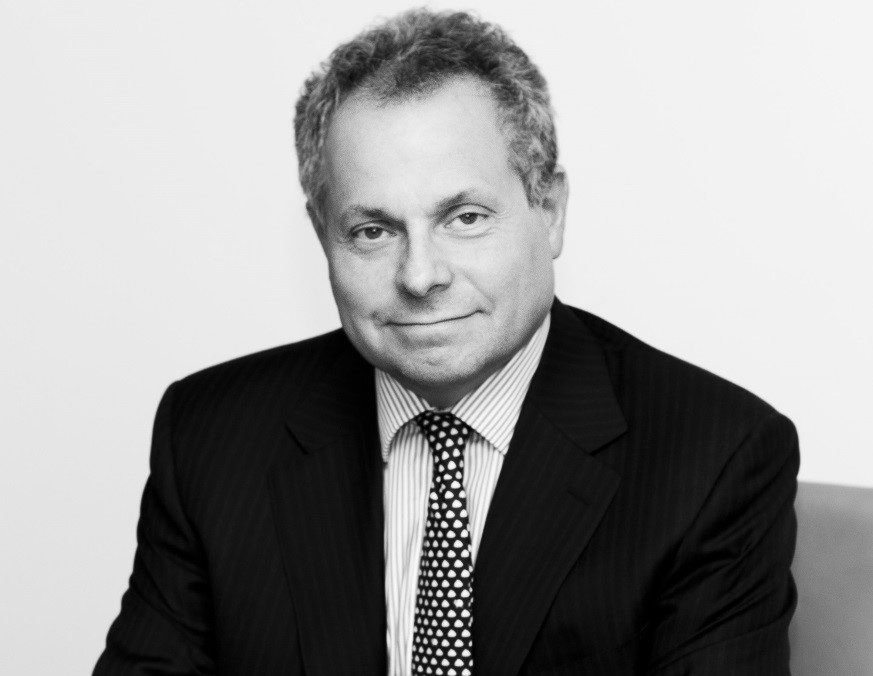 A solicitor by training, Mark has had extensive experience in the commercial property sector for over 30 years.  Mark started in property at Baltic PLC where he became a main Board Director in 1985. In 1988 Mark established the Akeler Group of Companies and over the next decade transformed the Group into a commercial real estate development business, focused on office and hi-tech industrial accommodation, during which time it developed over 4 million sq ft of commercial property.  Mark sold the Group to a US real estate company, Security Capital European Realty in 1998 and by the time he left, Akeler had become the leading office park developer in the UK as well as being very active across Europe. In 2000 Mark set up the Abstract Group of Companies to focus on property development and investment and venture capital projects. Mark won the Property Week Property Entrepreneur of the Year Award in 2007 and also won the Outstanding Individual Award at the OAS Development Award ceremony in 2016. Mark is a member of the Law Society and a Fellow of The Royal Institution of the Chartered Surveyors.close Originally a journalist for more than 10 years, including seven years at the BBC, Martin retrained as an actor. Since then, he has performed on stage and screen, mostly notably Trafalgar Studios in the West End, Southwark Playhouse and a UK tour of the sports based drama The Long Walk Back where he played the lead as ex-England cricketer Chris Lewis. As a playwright, Martin made his Radio 4 debut with his play Death Knock in September 2020, based on his experiences as a local news reporter in the capital.close 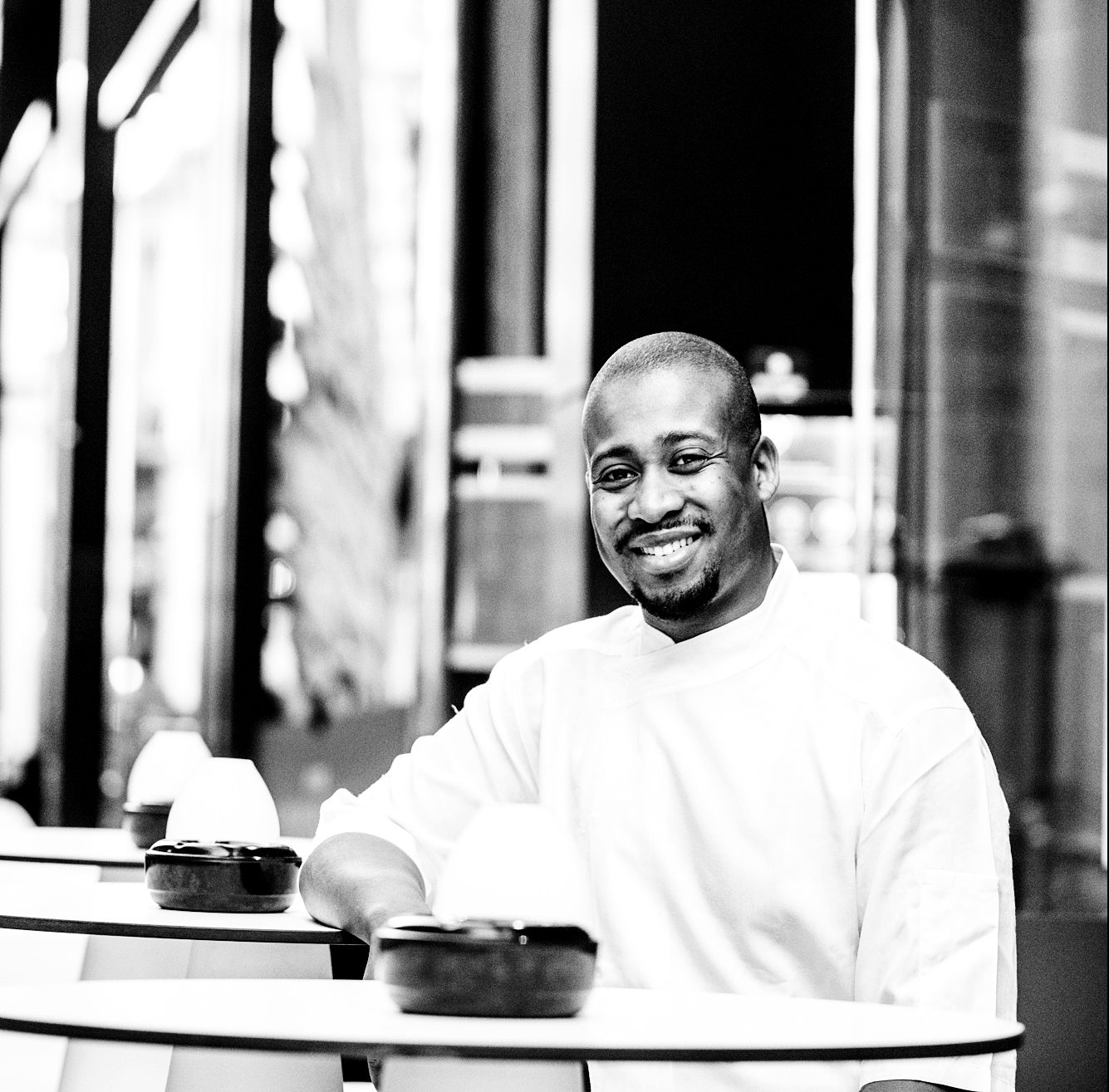 Mike Reid is an esteemed chef and author. Mike’s passion for gastronomy began in his earliest years, but he didn’t commence his professional career until 2001, when he spent all of his free time learning the ropes at Truffles of Southsea brasserie. Following this, he trained in Le Gavroche and Restaurant Gordon Ramsay, where his skills were honed under the tutelage of celebrated chefs Michel Roux Jr, Simone Zanoni and Mr Ramsay himself. In April 2007, Mike joined the team at Gaucho restaurants, swiftly earning himself a position as Head Chef. In 2013, Mike left London to spend six months at a number of Melbourne’s most celebrated restaurants, including Attica and Culter and Co. 2014 was a bumper year for Mike, in which he opened two restaurants on either side of the globe – Jardin Tan and one of London’s most interesting restaurants of the year, M. In September 2015, Mike returned full time to London to open the second M in Victoria St and write his first cookbook entitled M: A 24-Hour Cookbook. Mike has since opened a third M in Twickenham, and appeared on a variety of cooking TV shows including Sunday Brunch, MasterChef and the relaunched Ready Steady Cook.close 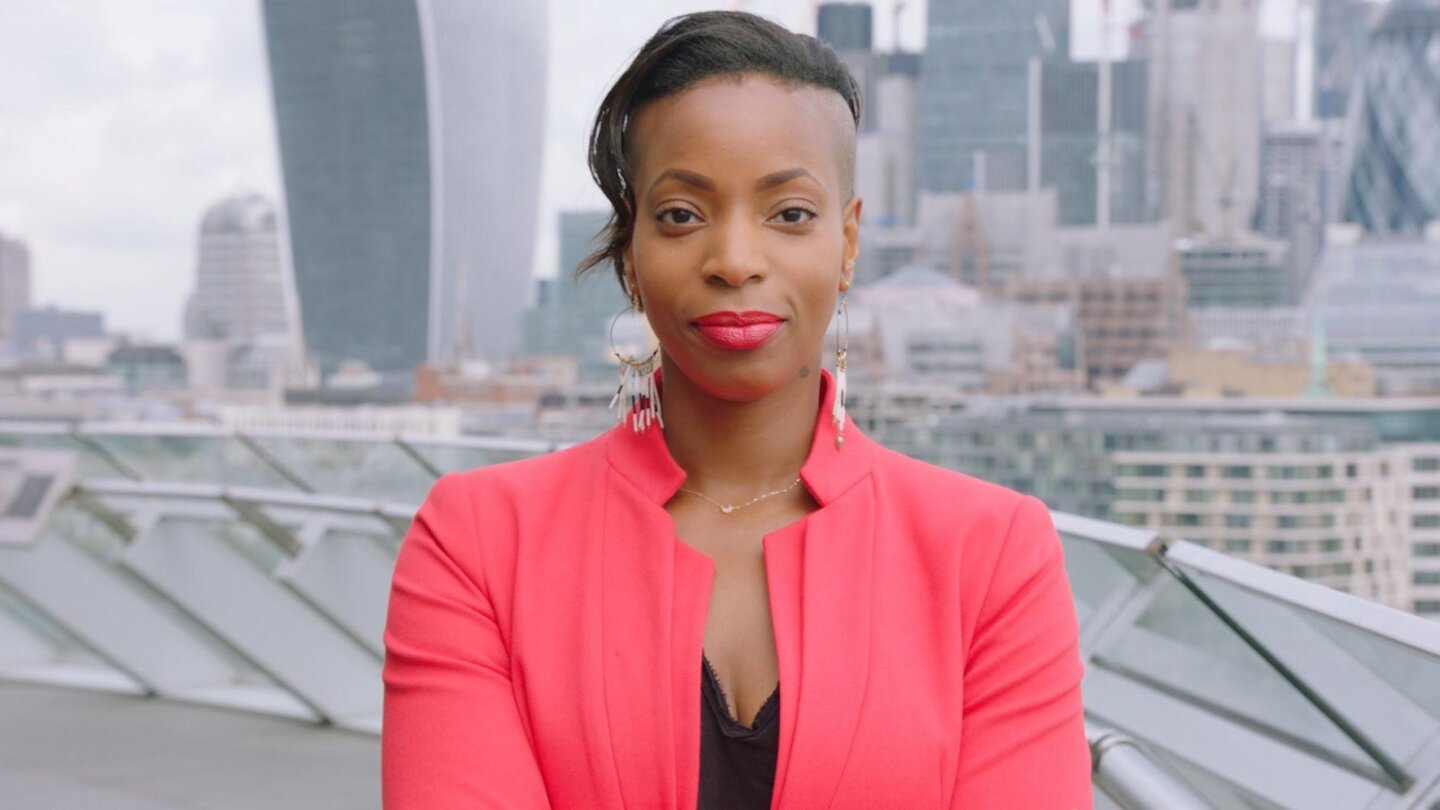 Natalie Campbell is an award-winning social entrepreneur and broadcaster. She is CEO of Belu Water, the UK’s most ethical water brand. Prior to this Natalie led on insight and innovation for The Royal Foundation and co-founded A Very Good Company (AVGC), a global social innovation agency that worked brands (Virgin Media, Marks & Spencer, W Hotels and Channel 4) on embedding purpose and sustainability practices. As a non-executive director, she chaired the Nominet Trust and National Council for Voluntary Youth Services (NCVYS) and she was on the board of UnLtd, the Foundation for Social Entrepreneurs, for 10 years. In addition to her role with LEAP, the Mayor of London’s economic action partnership, she is a Civil Service Commissioner, board member of the Big Lottery Fund and the Old Oak and Park Royal Development Corporation (OPDC).close 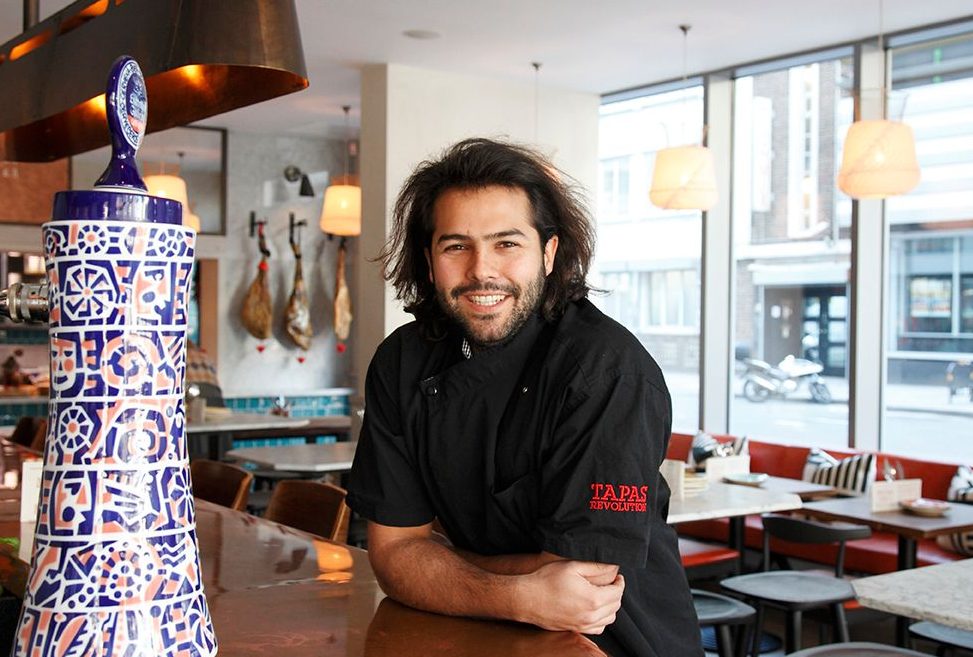 Talented Spanish chef Omar Allibhoy is creating a buzz within the UK food scene and has much to celebrate. The owner of the critically acclaimed Tapas Revolution, he also published a hugely successful cookbook, also called Tapas Revolution, which became the fastest selling Spanish cookbook of 2013. In 2016, he released his second book Spanish Made Simple, a best-seller for consecutive weeks on Amazon. As well as running a successful business, Omar has won several awards and maintained a career as a successful TV chef. tapasrevolution.com/omarclose Peter Bakare represented Team GB at the London 2012 Olympics playing Volleyball and is now a great ambassador for the sport. Formerly from Canning Town and a student at St Bonaventure’s School for Boys, Peter left college in 2008 after studying the Art & Design Foundation Diploma and A-Levels in Media, Graphics and Maths. He went to Sheffield Hallam University where he studied Animation and became involved in scriptwriting. He has since worked as a scriptwriter for Channel 4 drama Skins and has also acted and performed stand-up comedy. Peter now runs his own company, Nutri Troops, which is a ground-breaking programme aimed at encouraging primary age children to achieve positive goals through exercise and healthy eating, inspired by the Olympics, animated heroes, and villains. Peter is also a motivational speaker and works with young people through his work with the Ideas Foundation, Sports for Schools and various brands.close Dr Simon Singh is a British popular science author, whose works largely contain a strong mathematical element. Simon studied physics at Imperial College in London, before completing a PhD in particle physics at Cambridge University and at CERN. His first job was with the BBC's Science Department, where he produced and directed many science shows. His documentary about Fermat's Last Theorem won a BAFTA in 1996 and the related book became a No.1 bestseller. Since then, Simon has written several other books including The Code Book and The Simpsons and Their Mathematical Secrets. He has a strong interest in education, free speech and rationalism.  close 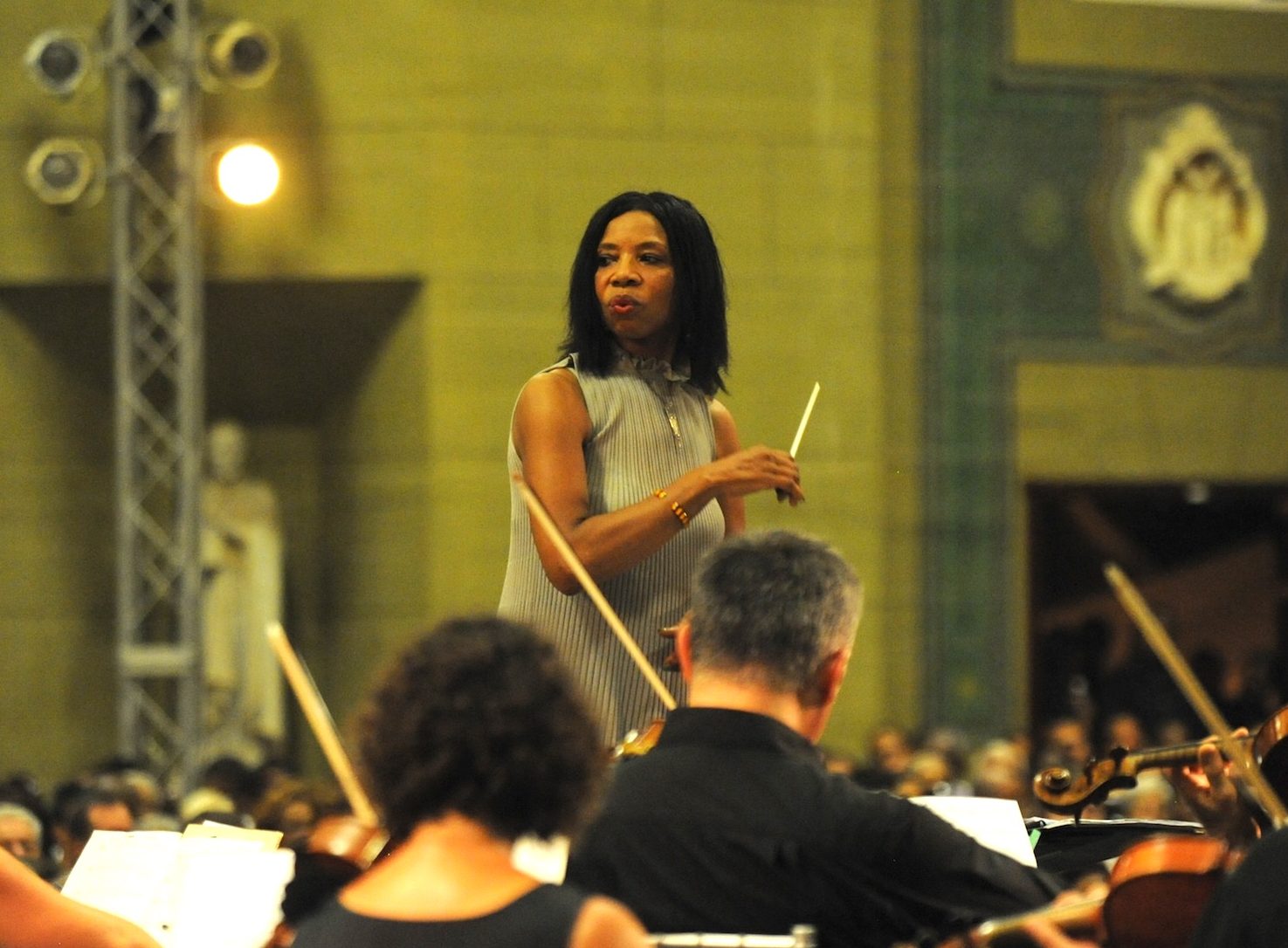 A visionary artist and cultural activist, Professor Shirley Thompson OBE is the first woman in Europe to have composed and conducted a symphony within the last 40 years. New Nation Rising, A 21st Century Symphony, performed and recorded by the Royal Philharmonic Orchestra, is an epic musical story celebrating London’s thousand-year history, and one in which the RPO is accompanied by two choirs, solo singers, a rapper, and dhol drummers, a total of nearly 200 performers. This extraordinary work was originally commissioned to celebrate Her Majesty the Queen’s Golden Jubilee in 2002, and the concept was latterly assumed as a framework for the 2012 Olympics Opening Ceremony. She has also composed extensively for TV/film, theatre, dance and opera production, always driven by the belief in the transformative power of music to effect social, cultural, and political change. She was honoured with an OBE for Services to Music after years innovating the classical music forms and attracting new audiences to classical music/opera with her sound that represents a progressive Britain.close