Food insecurity in London: it's time to act

Being food insecure means that at times a person’s food intake is reduced and their eating patterns are disrupted because of a lack of money and other resources for obtaining food. 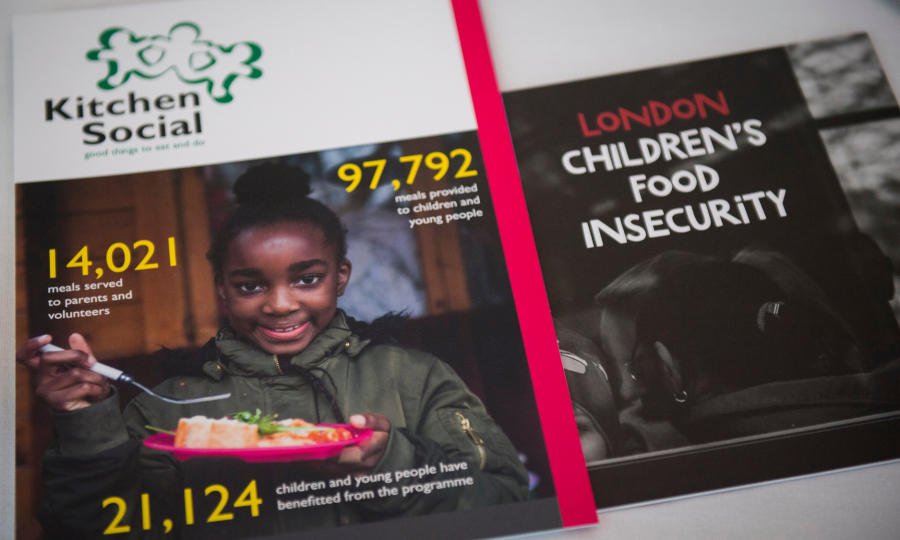 Data from a recent Survey of Londoners shows that one in six (17%) children in the capital experience food insecurity, along with one in five adults (1.5 million Londoners), 36% of single parents and 32% of black Londoners.

The survey also found that half (49%) of parents with children experiencing food insecurity are socially isolated. Sixteen percent of parents from food insecure households reported being unable to provide balanced meals for their children, and 9% said their children did not always have enough to eat. These figures could increase if food prices rise following the UK’s departure from the European Union.

To shine a light on the issue of children’s food insecurity in London, as well as in the UK, we are working closely with the Food Foundation and the GLA. Our aim is to put young Londoners at the forefront of food policy, examine the barriers and opportunities to protecting children’s nutrition and explore the actions stakeholders can take to support the agenda.

Earlier this year, we hosted the first-ever London Children’s Food Insecurity Summit here at City Hall. The event gave us the opportunity to disseminate learnings and recommendations from Kitchen Social, as well as launch a London-wide charter for food written by young food ambassadors on the Watchdog Youth Board.

The campaign builds on the Children’s Future Food Inquiry (CFFI), which was launched in April 2019 (England) and includes the London Children’s #Right2Food Charter, which calls for a new, independent Children’s Food Watchdog to lead the charge on tackling children’s food insecurity in the UK.

It also asks for the extension of Free School Meals to everyone who needs them, including migrant children with No Recourse to Public Funds as well as calling on government to provide statutory funding for free holiday provision, including food, for young people eligible for free school meals.

Help us to champion the London Children’s #Right2Food Charter.