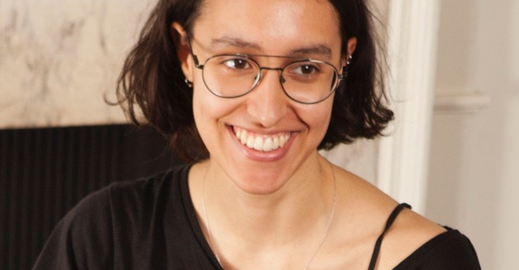 In this blog, Creativity Works graduate Rachael Simões tells us how the programme has advanced her career and what she’s up to now.

“I applied for the Creativity Works programme the summer after finishing my A-Levels. After deciding that university wasn’t right for me, I tried to dive straight into the creative industry, which proved more difficult than I had imagined. The day after I finished college, I started working at a shoe shop part-time while frivolously applying for creative internships and apprenticeships in media. About four months later, I was applying for anything creative that I could find, and that’s when I was accepted onto the Creativity Works programme.

I’m particularly grateful for how much creative freedom the course gave me. We were given a brief to respond to, and every time I presented my ideas I felt my work was being supported by everyone in the room. The fact that we were given cameras, laptops (if needed) and had our travel paid for all added to the experience. This took a lot of potential stress off my shoulders and allowed me to be fully immersed in a creative mindset, which I’m sure many artists can agree is so fragile.

Creativity Works has definitely helped to advance my career. Since graduating from the programme, I can see a direct knock on effect for my career that I can link directly to Creativity Works. Be that through being recommended for small odd jobs in great places, to landing bigger opportunities such as securing a role on the Create Jobs job board, that led to a scholarship to a well renowned creative communications school, the programme has opened up so many avenues that I would never have explored before.

All these opportunities have led me to my current role at Grey London, but I have another ambition: to get into screenwriting, particularly for TV. A few months ago, I got a recommendation from a member of Create Jobs to apply for the BBC Writers Room festival, which I was fortunately accepted onto. I was also paired with a script editor on a big TV soap on their meet-a-mentor programme who has helped me immensely with understanding the industry and networking.

For those who are thinking of applying to the Creativity Works programme, I would say absolutely do it, if you can. As well as the chance to progress your career, it may be one of the only times you’ll get to freely work on a personal project in such a supportive environment. I also made very good friends while on the programme who help me with creative development to this day. I recently collaborated with a few of these friends to create a new zine/community, ‘failsafe’. It’s within the Creativity Works alumni where you can really see the power that horizontal networking holds.” 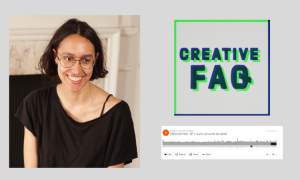